UIA supports the cessation of flights over the Republic of Belarus

25.05.21: Ukraine International Airlines supports the decision of the State of Ukraine to terminate the flights over the territory of Belarus for all Ukrainian airlines and to terminate direct commercial flights between Ukraine and Belarus.

The carrier supports the decision of the President of Ukraine, the National Security and Defense Council and the Government of Ukraine to ban Ukrainian airlines from flying over Belarus, as well as the termination of direct flights between Ukraine and Belarus, which reflects the position of the European Union and mirrors similar decisions in most European countries. Meanwhile, the issue of transit of Belarusian airlines on the territory of Ukraine remains open.

UIA has not operated direct commercial flights to Belarus since 2019 due to a lack of sufficient direct traffic between the two countries. The lion's share of traffic of Ukrainian passengers in the direction of Belarus chooses the Russian Federation as the final point with Minsk as a transit point of their air journey. At the same time, a number of current commercial routes of the UIA network goes over the territory of Belarus. Currently, the revision of routes will apply to regular flights to Vilnius, as well as to Finland (Helsinki, Vaasa) as part of the individual charter program of the airline.

On these routes, the fly-around will cause additional 40 minutes of flight time on average, and therefore – additional costs of aviation fuel.

At the same time, based on the general situation in the aviation industry caused by the COVID-19 pandemic, the airline sees no reason to increase the cost of tickets on the reason of fly-around. However, some routes whose cost-effectiveness is on the verge of profitability and which are not feeder flights for the airline may be cancelled to prevent the increase in subsidized flights. At the moment UIA does not plan to cancel any flights due to the need to fly around the territory of Belarus but will monitor the dynamics and depth of sales.

It will be of fundamental importance for the resumption of direct medium- and long-haul commercial flights in the eastern and north-eastern directions. 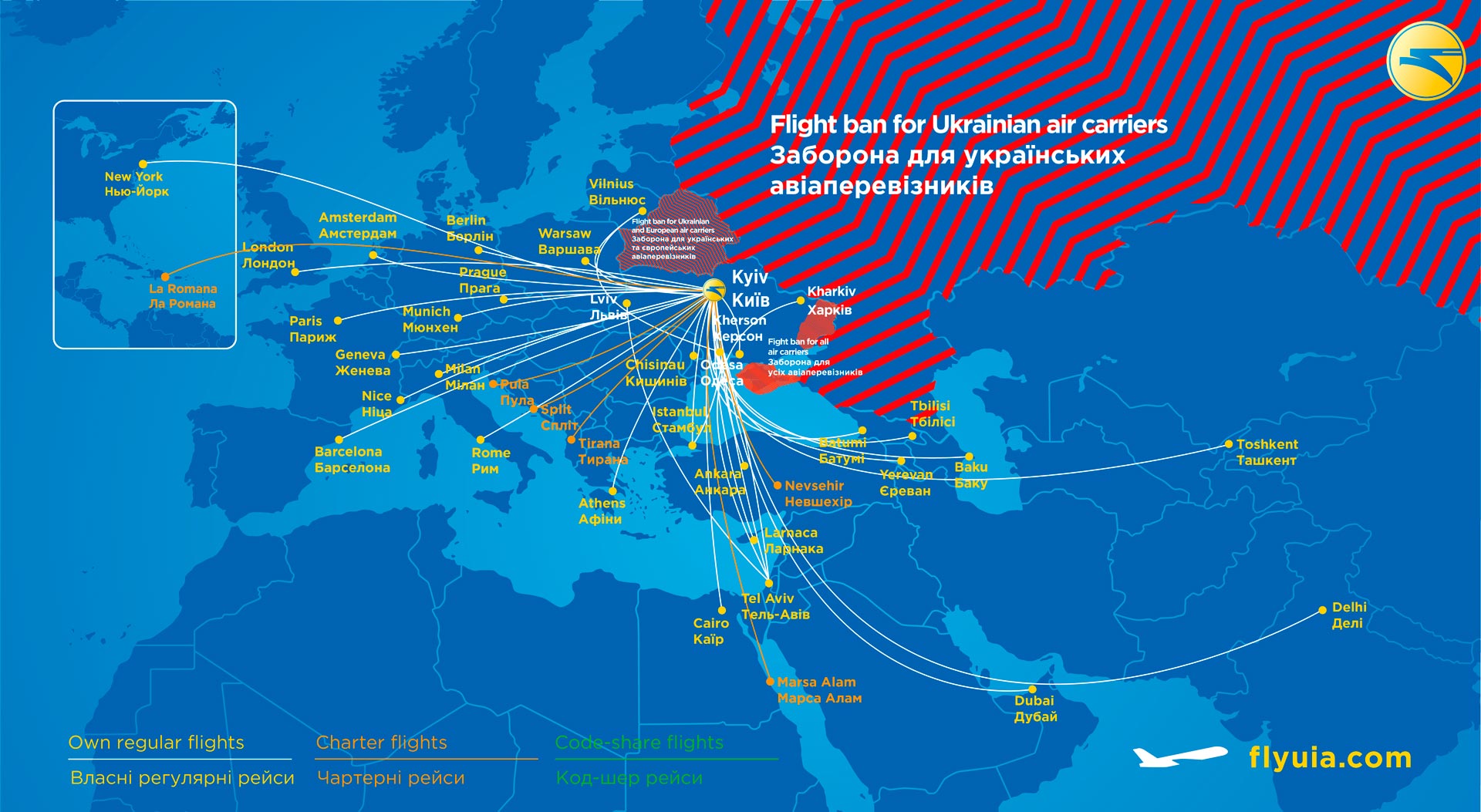